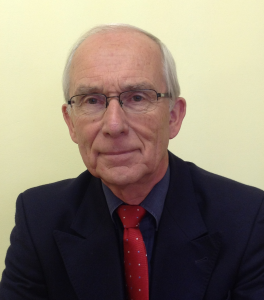 Paul is a Textile Chemist with a Masters Degree from Manchester University, where he researched the dyeing of protein fibres, specifically silk.

He is the Chairman of The WoolSafe Organisation, and is based in England.

Between 1970 and 1994 Paul worked for the International Wool Secretariat as a carpet technologist, specialising in carpet performance evaluation, colouration, carpet properties, hygiene, maintenance and testing. He was part of a team that developed wool carpet printing, antistatic treatments, soil resist and stainblocking technologies. From 1994 till 1997 he was Wools of New Zealand’s Manager of Contract Carpet Development.

In the late 1980s Paul started work on developing a testing and approval programme for carpet and rug maintenance products, which in 1991 culminated in the launch of what is now the WoolSafe programme.

After leaving Wools of New Zealand he set up The WoolSafe Organisation in 1998, which gradually grew into the independent certification and cleaning-related services body devoted to promoting best practice in carpet and rug care through maintenance product evaluation and certification, promoting networks of carpet cleaning companies, inspectors and the distribution of maintenance information.

Paul has acted as a member, and later chairman, of the BSI committee that developed BS 4088, Carpet Cleaning Products.

He was chairman from 1989-2000 of the ISO Working Group that developed four international standards for carpet soiling and cleaning.

Later, Paul was a Consultant to the Technical Committee TC 129, Floorings, on carpet maintenance standard development from 2006 – 2010.