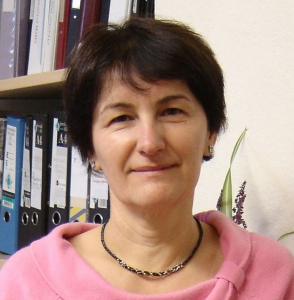 Ágnes was educated in Hungary, and got her degree in Chemistry at the Jozsef Attila University (now called University of Szeged); where she first worked in the Department of Inorganic Chemistry, investigating the acidic behaviour of Osmium compounds.

Later she worked at the Department of Colloid and Surface Chemistry at the same University, teaching undergraduates and doing research work. She obtained her doctoral degree in colloid chemistry for the theoretical research on the displacement enthalpies of binary liquid mixtures on solid surfaces.

Having moved to England in 1985, she worked in a research group of ICI Agrochemicals in the Plant Protection Division, Bracknell, Berkshire. She investigated the rheological properties of pesticide suspensions.

She joined The WoolSafe Organisation in February 2002 after a career break due to family commitments. In 2006 she was appointed to be Technical Director and became responsible for the WoolSafe accreditation programme for carpet maintenance products worldwide.

Ágnes has been the Managing Director of WoolSafe since August 2010.